The Civic Education Center of the Jaan Tõnisson Institute participates in the project DIGIT-AL - Digital Transformation in Adult Learning for Active Citizenship, which takes place from the end of 2019 to the end of 2021. Project participants have by now compiled a diverse package of materials that provide advice and support to civic educators in adult education in the context of digital transformation. Although the project became only Internet-based a year ago, it did not interfere with the achievement of the goals. Our first package of publications has been completed - both as web materials and in print. Eight brochures in English are available online at dttools.eu. They also arrive in print in Estonia, and those who wish can receive them free of charge from the JTI Civic Education Center. Two more materials on civic education in adult learning are being created - one is a set of methodological recommendations, the other a sectoral policy one.

On December 17, the members of the board of the Jaan Tõnisson Institute and the Estonian Society of Social Teachers sent Appeal to the state officials and to non-profit associations active on educational field. The Appeal was motivated by the recently publiced educational materials on the Estonian media. The Appeal expresses solely the views of the signatories. It does not aim to launch a wide-ranging debate, but to draw attention to some of the problems identified in educational life, so that the institutions concerned and the institutions empowered can take a position and, if necessary, take action.

On October 24, the representatives of the Jaan Tõnisson Institute visited Tartu and participated in the board meeting of the Jaan Tõnisson Society. The focus of both organizations is different, but there are also common goals and interests. The possibilities of cooperation were discussed at the meeting. 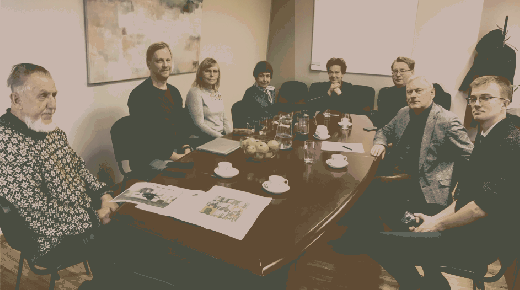 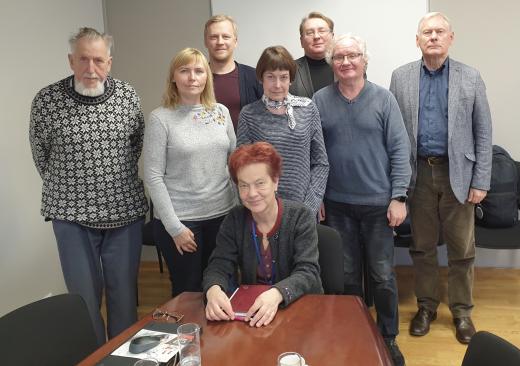 In the summer-autumn 2020, the partners of the project have been conducting online surveys of people working in the non-profit sector in order to find out the working conditions and problems there. The questionnaire was filled in quite well in Estonia compared to other countries, but more would still be expected. From 27 October to 1 November, a project summer school will take place in Mühlhausen, Germany. Originally, it was planned to take place in reality, but in a pandemic situation, travel is so difficult that JTI also had to give up sending its people to Germany. There, however, it takes place and during these days it is possible to participate in virtual workshops.

In the spring of 2020, a new work styleThe global situation caused by the Corona19 pandemic fundamentally changed the everyday life of the Jaan Tõnisson Institute. Many of the international meetings that had to take place as part of ongoing projects were canceled in real life and were replaced by numerous virtual meetings in different environments. No virtual meeting replaces real face-to-face meetings, but we adapted quickly. Unfortunately, it was also not possible to submit new project applications, the deadlines of which fell during the state of emergency. 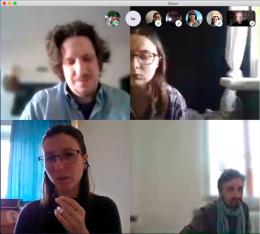 The project goal is a developed toolkit focusing on introducing sustainable development, global and intercultural education for kindergartens, addressing both “what and why” and “how” issues in the teaching and learning process. The expected results are having kindergarten teachers with improved competences to introduce and nurture GCE objectives and children who from their earliest stage make value-based choices (tolerance, respecting differences, environment friendly stance etc.). The innovative character of the project is focusing on .a specific group (kindergarten children) that is usually not targeted through GCE activities and choosing “learning by playing” or “fun” as method. The expected change is the increased understanding of sustainable, development, global and intercultural issues among the kindergarten children. They will learn these principles at their earliest age and follow them through their adult life.

The project is funded by Bridge47 and co-funded by the European Union.

Jaan Tõnissoni Instituut participates in the Europe for Citizens project The Unsung Hero Dialogues - Promoting Solidarity and Diversity through Awareness and Policy Reform. The project lasts until 2021 and is coordinated by Culture Goes Europe (CGE) - Soziokulturelle initiative Erfurt E from Germany.  Next to JTI there are partners from Rumenia, Portugal, Greece and Italy, and also DARE Network. 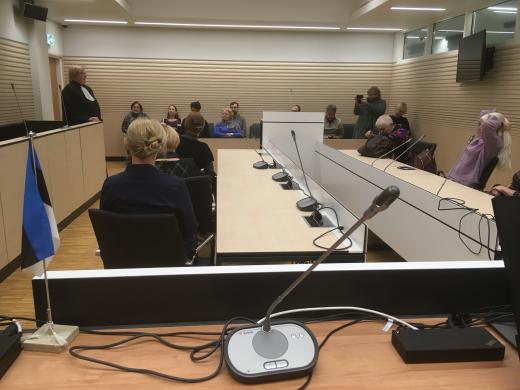 In 2019 the current Estonian syllabus for Civics was updated at the JTI Civic Education Center. At the start of the process all Estonian Civics teachers were invited to contribute to the modernization of the syllabus. The public was also informed about the ongoing process through the teachers' newspaper "Õpetajate Leht". 22 teachers, 233 students and 8 experts provided suggestions and opinions on teaching civics. In order to analyze the feedback received, a focus group discussion of the students and teachers took place. As a part of the process, two training days for teachers were organized in November and December. The short version of the document prepared during the modernization of the syllabus was presented on December 11 at a teacher study visit to Harju County Court.

"Dialogue of Civilizations and Intercultural Cooperation"

The Head of the Center for Civic Education attended the UNESCO conference "Dialogue of Civilizations and Intercultural Cooperation" held in Moscow from 1 to 4 December by the invitation of the Moscow State Pedagogical University.

Training event for Civics teachers in the Riigikogu (Estonian Parliament) 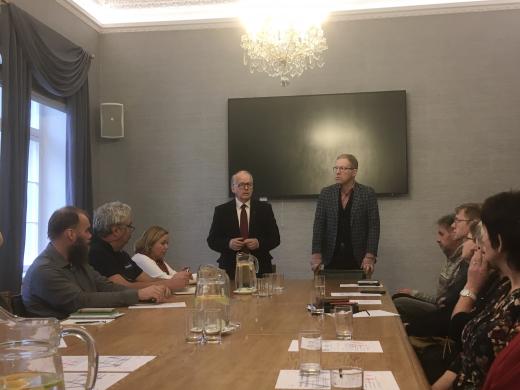 On November 04-06 2019 in Tromsø, Norway, was held 19-th ASEM seminar on Human Rights. The seminar was hosted by the Foreign Ministry of Norway. From Estonia  to the seminar was invited Head of JTI Civic Education Centre Mr. Valdmaa.

Meeting with the delegation from the Dutch Ministry of Education, Culture and Science 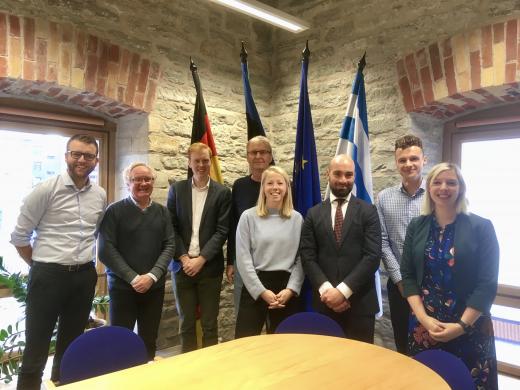 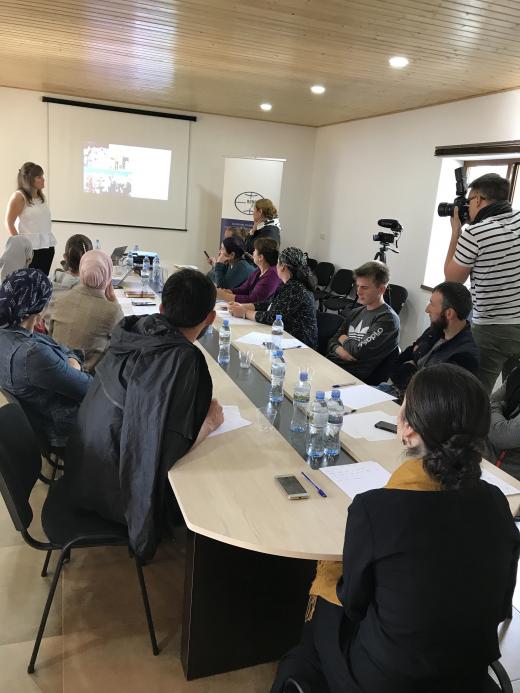 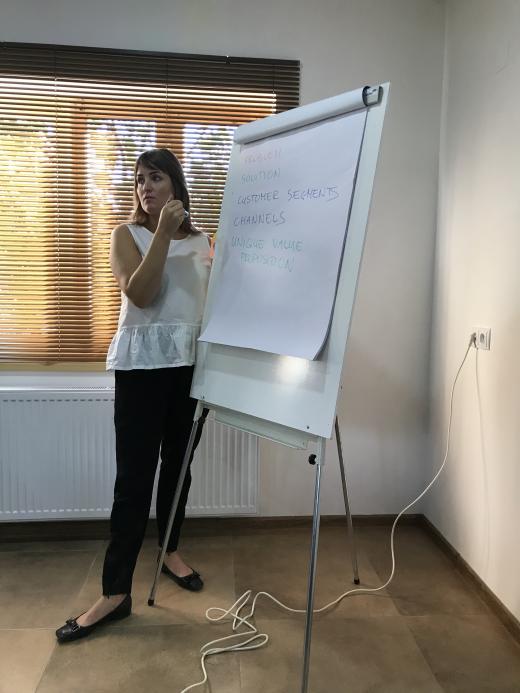 About European education in St. Petersburg

Head of the Center for Civic Education Sulev Valdmaa was invited by the "Centre for German European Studies" to participate on September 28 in Sankt Petersburg on the plenary session of the conference "How is the Education Changing in Europe?" On September 29 S. Valdmaa held a workshop where he introduced to the participants current Estonian educational life and active teaching methods used in social subjects. 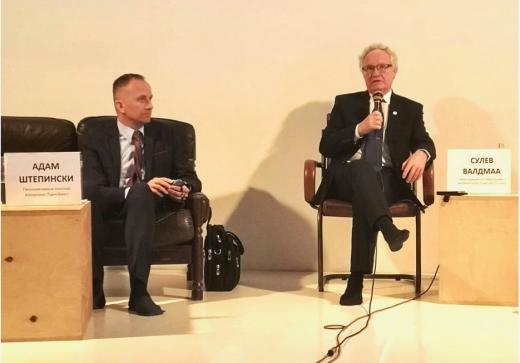 Jaan Tõnisson Institute participates in the Erasmus+ project entitled Digital Transformation in Adult Learning for Active Citizenship (DIGIT-AL) that lasts up to 2022. The project is coordinated by the Arbeitskreis deutscher Bildungsstätten (AdB e.V.) and involves in addition to the lead partner from Germany and JTI partners from Latvia, Portugal, Bulgaria and Italy. The project launch seminar took place on September 25 - 27, 2019 in Riga. 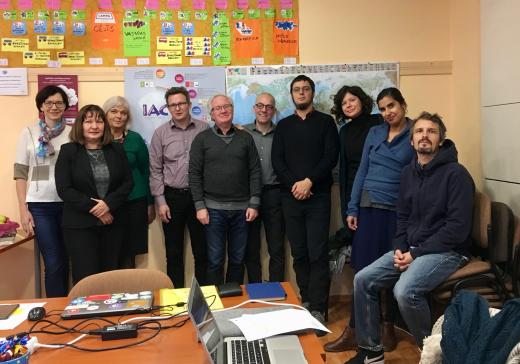 On August 27 2019 in Berlin was held General Assembly of Europe-wide network DARE (Democracy and Human Rights Education in Europe). The Jaan Tõnisson Institute is member of the network. New DARE Board consisting of 7 members was elected. 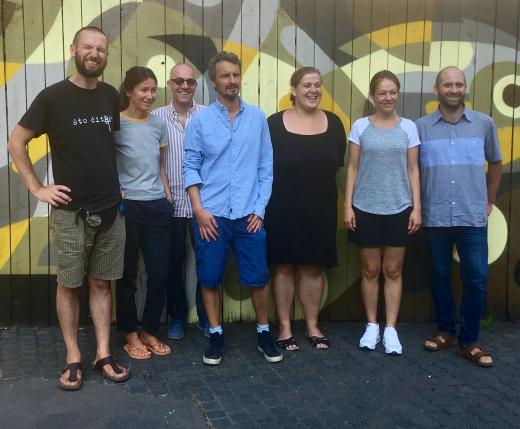 In the beginning of July 2019, a group of Georgian rural tourism entrepreneurs visited Estonia in the framework of JTI development cooperation project “Supporting the economic development of Georgian rural areas”. There were several meetings and visits to see Estonian good practices in South-Estonia and Läänemaa. Photos are taken at meetings in Georgian Embassy in Tallinnand at a meeting with the mayor of Haapsalu at FraMare Haapsalu Spa. The project is financed by Estonian Ministry of Foreign Affairs from the funds of development cooperation and humanitarian aid. 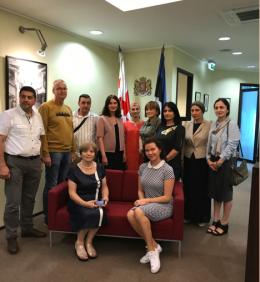 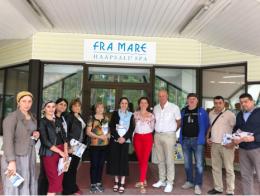 The final seminar of Erasmus+ project CURE was held on 23. - 27. June in Tel-Aviv, although the activities of the project will be carried out until March 2020. JTI Civic Education Centre was one of the European partners that participated in the project. Participants of CURE seminar had also a chance to take part in the MOFET Institute's 7-th international conference "The Story of Innovation in Teacher Education".

In April 2019, JTI development cooperation project "Supporting the economic development of Georgian rural areas" continued in Georgia with expert-seminars in project regions: Pankisi, Akhalakalaki and Khulo. Most active participants will visit Estonia in the summer for a study-tour, introducing best practices in Estonia. 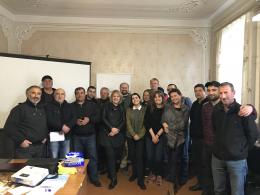 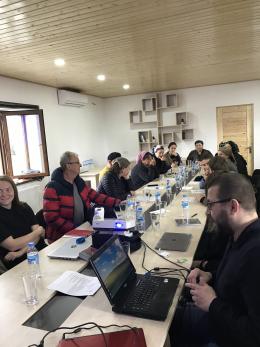 Head of Jaan Tõnisson Institute Civic EDucation Centre Sulev Valdmaa met on March 11 and 15 in Tallinn with professor Terrence C. Mason From Indiana University School of Education. JTI and Indiana University School of Education have long-lasting connections in developing of Civic Education in the Baltic States. Professon Mason visits in March 2019 Lithuania, Estonia and Latvia in connection of his research concerning progress and status of Civic Education in the Baltic States. During the meetings in Tallinn the issues of ongoing in JTI modernisation of Civics Subject was discussed. 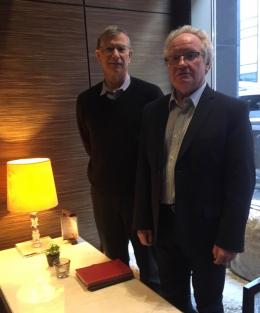 Mandatory course of Civics in the Estonian compulsory school curriculum is at large very similar to the first version of the subject developed soon after Estonia's gaining independence after the collapse of Soviet power.  JTI Civic Education, relying on our long-lasting experiences in the field, deals in 2019 with the modernisation of Civics syllabus gathering from teachers, students and experts information and opinions concerning the content and teaching practices of the subject. The data will be analysed.

JTI and GFSIS are currently cooperating a fourth joint-project in Georgia "Supporting the economic development in Georgian rural areas". The objective of theongoing project is to decrease the socioeconomic disparities between Georgian regions and to increase their welfare.

Overview of the History of the Jaan Tõnisson Institute

Jaan Tõnisson Institute celebrated Jaan Tõnisson's 150th birth anniversary in 2018 by issuing a book about the history of the Institute. The book presents an overview of the activities of one of the first-established Estonian non-governmental organisations that has been established in April 1991 during the turbulant period of restoration of Estonia's independence and operating since this time continously. The book resumes the history of JTI from the very first days up to summer 2018 providing on overview of the areas and concrete projects that the Institute has been dealing with for more than quarter of century period. The Centres where the work has been done are described and the people who have been working for JTI are listed. The quarter-of-thousand pages book contains photos, documents and tables with different data. Presentation of the book took place on December 7 2018 in Vana-Viru street in Tallin, in the same building where the Institute was "born". 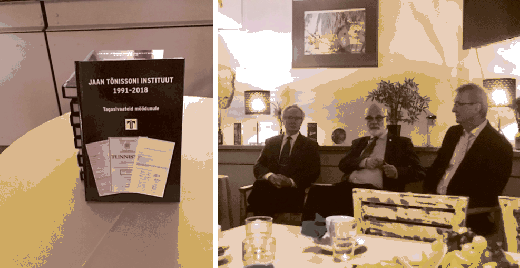